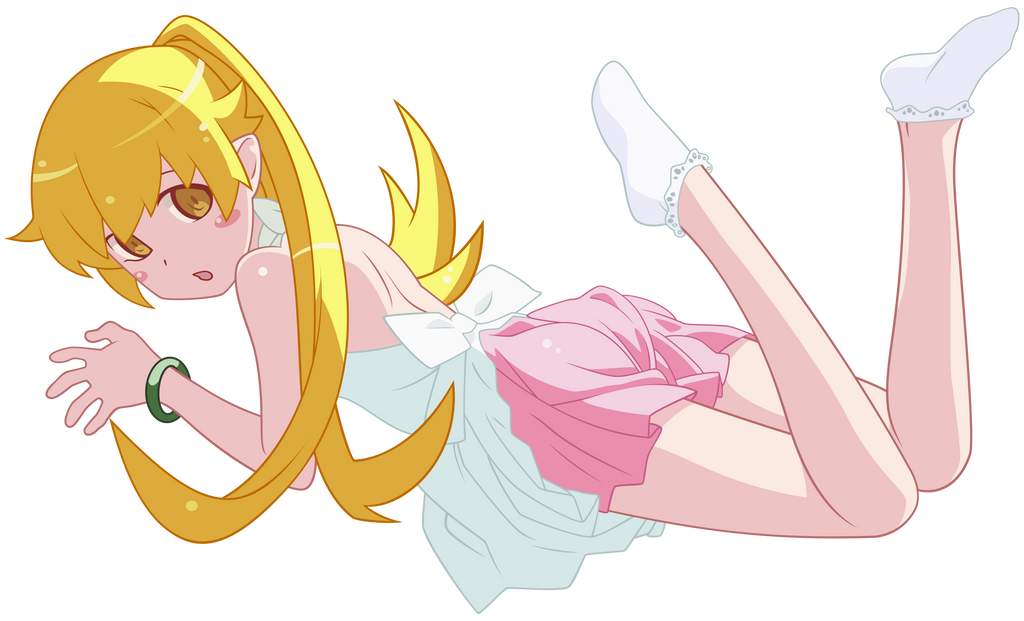 scrapped my old diary layout for something lighter, less pressure...

diary entries (from newest to oldest)

cut my bangs today and all my problems haven't suddenly gone away? got a new camera, another reason to feel bad every second that i am not outside, but moreso feel bad for waking up at 2PM thus only having around three hours of daylight to work with... i don't know if i'm sleeping too much because i'm 'limiting' my caffeine intake or because the prospects of my daily routine are so daunting; working out, washing my face, water all over my hair and clothes i truly don't understand how to do it!!!!! trying not to smoke so much weed so that i can travel(?), trying not to complain so much because it's boring but i can't quiet my mind without marijuana OBVIOUSLY. life feels like video game in that i can't walk further than the grocery store without an impending sense of doom [the world ending there]

been half-heartedly looking for vegan recipes for about an hour because i never know what to eat for dinner. breakfast and lunch are always the same. i like it that way; but if i don't eat dinner i go crazy on snacks and that is not ideal! so far my meal plan list consists of tofu scramble alone, and i really just put it there because there were potatoes in the picture. i would eat potatoes every night but they're not particularly nutritious. broke but addicted to ebay, looking at sanrio shirts and low-quality cameras. every time the seller lowers the price i get horribly tempted, as such today i bought a little camera that used to just be sold at rite-aid and shit [for $30] for $14. hoping for the best. almost bought a hello-kitty-rite-aid-0.3-megapixel camera but this one was a couple dollars cheaper. inconsistent in all of my creative pursuits but stagnation is better than complete procrastination! almost want a job, but a very transient one, jobs are too real now-a-days, i just want to do one big illegal gig like the good old days.

have not checked my animal crossing island since the last entry -- apologies to my dead/dying pumpkins. my ebt card has not come in the mail yet, nor my 'kamikaze girls' and 'pierrot le fou' posters. i have been deliberating about what to spend a $17 amazon gift card on for almost a year, i still can't decide. money is so dumb. spent the first hour and a half of my day watching my kittens watch a trio of deer in the backyard. i wanted to take a photo, but i didn't watch them to hate me. i didn't want to step outside either. listening to my own " songs " over and over until i despise them, not learning anything. how is it so hard for me to make decisions!!? the water heater is getting louder but right now it sounds particularly percussive. i'm ready to decorate for christmas. i think i'll be katherine (catherine?) from 'to the devil a daughter' for halloween if i can. no one's seen the movie, righT? you can't tell me my costume's wrong! wish for instant teleportation more than anything -- invisibility could be nice too

accidentally skimming over my last entry has reminded me of my intense need to play animal crossing now, for obvious reasons, but there's so much! a moment of innocence made me smile so many times, and was the first iranian film i've seen with snow, i believe. i'd die to be there. i might listen to ray of light by madonna over and over and over. i've been listening to madonna for 30 minutes and thinking that maybe she actually is underrated, and maybe i should watch desperately seeking susan. god, i actually really should. i remember the first time i heard madonna, ray of light playing from the living room while i was taking a shit circa early 2000s. i'd feel gross writing that sentence on a website where people might actually read the things i write, but i shouldn't because kids poop thats reality!! felt like the song was giving me the sensation of riding a horse, i still feel it now. what a ridiculously good song, what the hell, i'm starting a madonna cover band. i think i only came here to talk about madonna in the end. i wish that my friend who liked madonna hadn't started hating me for grieving over our mutual 'frenemy''s death simply hadn't done that! anyway i can surely convert everyone i know to being madonna fans with this song alone so i won't worry about it. oh wait that reminds me of when she kissed drake speaking of drake i am watching degrassi and it is almost all i think about. i wish my frenemy was alive to talk about it with, but i'm sure i can convince everyone i know to watch degrassi by pointing out the parallels between it and desperate housewives, so i won't worry. we can discuss degrassi in our dreams.

i don't even want to talk about the film -- i've enjoyed tsai ming-liang so far, and i enjoyed the majority of this movie, but, like a traumatic incident, i don't want to talk about it. if you've seen it you know why! i actually played animal crossing for the first time in a long time today. the store had nothing good. i don't know how they expected people to keep playing everyday, when i can barely even feel that it's fall. yes, it was raining, but it did that all spring. however, the juxtaposition of real life rain, the rain in 'the river', and that, it does feel like fall, a little bit. i walked to the store today and the air felt good. it wasn't too bright, like it has been [on the days that weren't smokey, seemingly apocalyptic]. i redecorated my animal crossing house, it looks ok, i think, but all the lights are off. i had a campsite villager [fuchsia] who i didn't want to take the time to invite, despite being cute and needing an uchi. it took me three tries to get tom nook to let me move drago's house, it was frustrating in that it felt like dealing with actual customer service. 'roommate' is gone for two weeks [?] and so a gamer is staying in his room, borrowing a lighter indefinitely, making the wifi much slower, and worst of all, drinking my last shasta tiki. i really don't understand how someone could do something like that; if there were multiple, sure. but the last one? if there were no other soda, maybe, but there was someone's last coca-cola too. i'd rather die than drink a coca-cola. i wrote on the white board, "WHOEVER drank my SHASTA TIKI i'm going to kick you in the BALLS", but no one has come to claim the kick. i'm not scared of this gamer, he's the same height as me, and the gun-owning roommate sharpened the knives. if he drinks my diet dr. pepper i will wage a fucking war!

i don't know if gaspar noé is for me... i was about to write a whole bunch of shit about this movie, but i realize i have a review page for a reason. i guess i can let it simmer in my brain a little more. found out that the book i'm halfway through reading is eight-hundred pages; a problem with e-books is that you can't so simply consider the book's thickness in your decision process of what to read next. have four photos left on my roll of film -- when i put in the roll of 24, i thought i'd fill it up quickly and put in 36 the next time, but clearly overestimated how often i go outside. would deleting twitter make me go outside? probably wouldn't hurt. deleting the rest of the [people in the] world would help more. realizing exercise is actually a regular part of normal, happy people's lives/routines is a tough pill to swallow. how do i start taking my kittens on walks? really want to redecorate my bf's entire room but desperately need his help... and his credit card, perhaps...

that movie made me cry. got satantango in the mail but need to finish kindle book first. i have never been more excited to read a book! despite being really confident in my outfit in the end, the interview did not go well. it was a group interview, and the minute i realized that, i wanted to run away and puke and curse at them all. maybe it didn't go as badly as i think it did, but my intuition is often correct, and i was the only stuttering autist there, which are what group interviews seem to be designed to weed out. the other girls were literally wearing jeans and t-shirts/hoodies! not to be sour grapes, but it did seem like i'd have hated working there anyway. i want a man job, like on a railroad, not a woman job where i have to persuade people into buying things i know they don't need, i want to be a steelworker, if only because of the big black song. wearing all white now, feeling cultish and pure

i remember liking this godard film while watching it, at least far more than i'd expected to. now i'm not really retaining much but hanna schygulla's performance. reminds me of my need to watch fassbinder chronologically; unfortunately, that's not on my priority watchlist. keep convincing myself of reasons why going outside is not allowed, whether it be the kittens or my indecent bangs. i feel i need to go to goodwill before monday, but i don't want to walk that far alone, i want a bike with a basket. i only have four images left on my roll of film but i feel the need to leave the house to fill them. i don't want my 'neighbors' to know i exist! i would like to punch my past self in the face for being too lazy to refill the film in my camera when i went to europe; the one chance i had to take photos i'd really love, and yet all the photos i took were on my phone!!! i have an android, if you weren't aware, so i might as well have not taken any photos at all. i really want a nice camcorder before i travel again. i will not fear others judging me because i don't know how to turn flash off! give me a dirty look i don't care i'm going home next week! why have i ever cared about anything at all? i swear i never will again

i have been unemployed since the end of march, and have a job interview on monday. i don't think i have anything to wear. i got an email about a ~zoom seminar that would help the jobless explain covid-related gaps in employment. it seems simple to me, it's not as if this potential interviewer was living under a rock the past year, no? the lack of respect for unemployed people's time/existence, not only in the face of a pandemic but especially, is infuriating! the job i might get sounds nice, in ways, but what could be nicer than staying home all day? truly! especially since i have tiny gremlin kittens. currently have a french gamer playing on youtube in the background but don't feel like i'm learning much from it. bought a keyboard, ableton is still confusing...